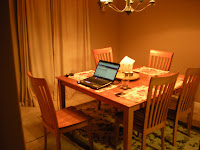 This week’s prompt asked the question whether writing was a lonely proposition or not. Originally, I spent quite a lot of time trying to see the potential two sides of this subject. I looked at the traditional writer sitting at a table, pounding typewriter keys by candlelight. I pictured this person spending many hours in the quiet solitude of a library, doing research. I saw them walking the city streets with their head down, deeply lost in thought. Next, I began contemplating the other side of this. Soon it became evident that the first side was a picture of a time gone by. At least it should be….

Certainly, the creative part of writing is done alone. We might be alone with our laptop or computer, alone with our thoughts, alone with the muse or alone with music. I find classical music works best for me if I need to drown out home noise; my kid yelling into his Xbox 360 wireless microphone, calling in reinforcements, for instance.

I understand that sometimes we can be surrounded and yet still feel alone. Unless our spouse or other family members are writers, they probably don’t get it. Recently, I was told that I really didn’t need to reply to every comment that I received. Rather than argue against that opinion, I just let it go. 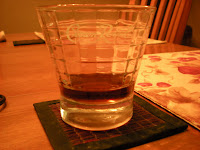 Personally, I really don’t see how one can expect to write well, if they do not interact with others. I think it’s important for seeing the world as well as to help build believable characters. It is certainly critical for support. With the rise of the internet, it is so easy to find groups of people with which to interact, and not only that, but to build great friendships.

Let’s take a look at the first point: seeing the world. There are some things that I can research on my own. I learned recently about the stages of light just before sunrise and just after sunset. I also learned about police equipment. For my second novel, I had to learn about fishing boats, about the real city that I was using as a location as well as other items of interest. Yet, current fashion and style of communication are examples of things that I can’t know, unless I get out and people-watch.

The next point: support. If you are blessed with a supportive family, whether they are blood or just great friends, you’re still going to need a group of folks that understand what can happen to the psyche when one’s work has been rejected frequently, what it feels to be sleep-deprived because of a deadline or perhaps what it’s like to have a fight with one’s muse. They can be local buddies or they can be like some of mine who are literally everywhere in the world (and many of you are reading these words now). 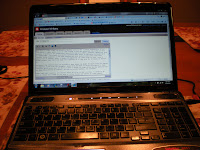 I have said this before and I will say it many times before I am through, but I have met some wonderful people in this writing journey that only began about a year ago; men and women across every spectrum. Some which sound as if they might be my long lost twin and some who I share only a writing life. They have been mentors, counselors, shoulders to lean against, a wall to bounce ideas off of and an occasional flirt (purely for research, I assure you). The point is there is a group of people out there who know what the writing life is like, and everyone is always welcome in that club. If a writer feels as if he or she is alone, it seems to me that it really is a shame-on-you kind of thing.
Posted by James Garcia Jr at 12:01 AM