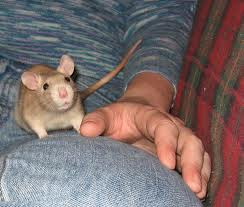 I must have dozed off. All of a sudden, flashings lights appeared before me. A psychedelic whirl of colour challenged my senses, drawing me forward, inexorably. I felt as though a rushing, gushing river was carrying me down-stream. To what, I thought, to fall over the rock-strewn precipice of a white-water rapid?

It came to an end. I paused for breath.

From the corner of my limited field of vision there was a movement. I sensed it, rather saw it directly. It was dark and my eyes had not adjusted properly from the bright visual onslaught of the past moments.

‘Hello,’ said a voice. It emanated from the direction of the movement I’d sensed. The tone of the voice – for I still could not see, let alone focus properly – was inquisitive, the inflexion just so; it was not a frightened voice; neither was the voice threatening in any way, as if I’d invaded some sacrosanct space. ‘You are the fourth today.’

‘Fourth? Fourth what,’ I asked. Curiosity on my part was leading me forward, into the unknown. Not something I had ever been keen on in the past. I rarely took risks. I would even baulk at the thought of venturing from my small apartment, walking down the street to buy provisions. Such a potentially hazardous excursion required much careful thought, analysis and the plucking up of the requisite courage. But: “why I was here, now”, and “why was I taking such a bold step”, were questions that hadn’t entered my head.

‘You are the fourth visitor today,’ said the small voice. Yes, small; despite the fact I could not see the speaker, I felt able to add a size qualification. Small, yes. Small, as in quite squeaky! Indeed, if I had believed in talking mice, I could have easily imagined that the speaker before me, in the shadows, was a mouse.

The voice continued. ‘You can’t see me, can you?’

‘Where is here?’ I asked

‘But you’re talking to me!’

I had no quick or clever answer to that one. I changed tack. ‘I don’t like this place.’

‘Give it time. You will get used to it.’

‘But there is so much here to see.’

‘Where, I can’t see anything at all.’

‘But this is just where you land… when you visit. Splash! So to speak.’

Suddenly a window opened in front of my eyes. The flash almost blinded me. A loud unwelcome tune struck up – discordant notes filled the air, distracting my attention. The window seemed to beckon me, to call me forward and the deafening music dulled my senses.

‘Go on,’ said the squeaky voice ‘…why don’t you enter that.’

I reached out. My fingers, as if detached, seemed to hover over the space the window occupied. Then it was gone. The music ended. Relief, I thought.

‘You call me friend… then Chicken?’

‘It’s my world you’re in here. I can call you what I like. I can be who I like and I can say what I like. You do not matter in my world!’

I didn’t like where this was going… It was a dark world. ‘I’m not going anywhere I don’t want to,’ I said in defiance.

‘Touche! Well you have a point. I can’t make you.’

‘Why should I go anywhere in here?’

‘Because there is so much to see and do; if you don’t look, you will never know. Go on, try it.’

I wasn’t sure what there was here, in this new world I’d never visited before. ‘Have you a map?’ I asked.

‘A map? Maps are for sissies… and chickens!’

I thought I heard laughing. ‘But,’ I challenged, ‘if there is so much here in your world, and if I can’t have a map, then how do I find my way around?’

‘What?’ I peered forward into the darkness. Rubbing my eyes I concentrated on my peripheral vision… shades of grey lightened an otherwise meaningless swirling darkness. And in the shade there appeared a series of stepping stones. Or they would be stepping stones, if they had lain horizontally – perhaps in that river I had been carried here on.

‘What do you see,’ asked Squeaky.

‘Fourth today… and t’only one what chooses to call ’em rocks!’ The mock accent didn’t help matters – it was so false. ‘Well, you just go to one and look underneath.’

‘And then what,’ I asked. I wasn’t at all impressed with this: so little information to go on; so little to entice me. It was as if I had jumped down Lewis Carrol’s rabbit hole. I had an idea. ‘Are you a rabbit?’

‘No. And there’s no Mad Hatter here either. You’re not the first, you know.’

‘Not the first to draw the Alice in Wonderland analogy.’

‘Not a little allegorical then?’

‘Not at all… the designer wasn’t that good,’ Squeaky said with a note of sarcasm.

‘So your world is not your own work then?’

‘Go on,’ I said, impatience beginning to strain my voice.

‘What happens when I’ve got under a rock?’

‘More rocks.’ The smug snigger was a little too obvious.

‘So, no signposts? No real clues as to what lies behind all these rocks? I’ve been here… how long? And I’ve found nothing of interest, and been challenged by some Squeaky voice… not to mention being assaulted by loud tuneless music and enticed into further darkness. Not much of a trip this. For Christsake, you’re not even enticing me with some interesting allegory. Not much of a world, you’ve got here, is it?’

Then I did something I hadn’t thought of in the past minutes. I took a step backward. Light replaced dark. I could see again. Gone was the dark impression – the absence of light. My focus returned and I could see my outstretched hand. I squeezed the mouse.