Paving a Path to Publication 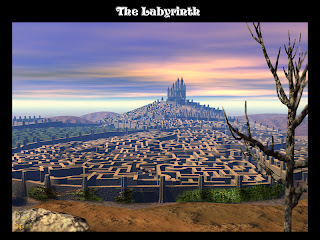 Yes, I'm back from my holiday vacation, and I feel great. I needed the change in scenery and routine. I had a blast, but I'm also happy to be back among my writing friends. If you want to read more or see some pics from my travels, click here.

Other wise, this week's topic is all about writing goals for 2011. Usually plotting goals for myself is pretty easy because, usually, there's not much difference between one year and the next, other than remembering to write 11 instead of 10 when I date a document.

However, at this point in my writing career (or lack-of), I find myself in an odd, yet surely common, spot. I'm stuck between trying to get an old MS published and trying to write a completely new one. I'm sure those of you who've been writers for many years are used to being in this spot, but it's foreign territory to a newbie like me.

And, I am sure, for those non-writers out there, this may not seem like such a bad predicament. So, let me peel back the layers to expose the true problem: Dark Heirloom was supposed to be under contract in 2010, according to my writing goals from last year.

That obviously didn't happen. But unlike most failed goals, this one wasn't from lack of trying.

Before I went on vacation, I was very near to giving up on Dark Heirloom altogether, and threw myself into a new project (the new project I mentioned earlier). But, after spending twelve days in Mexico - NOT thinking about writing the entire time - I somehow found my muse and a new hefty dose of determination.

I now see hope for my writing career. One that must be done in alternative ways which were suggested to me before, but that I had naively shrugged off until now.

Like last year, my main goal for 2011 is to get Dark Heirloom published. And, just like last year, there are at least a dozen steps required to get to that point. But, those steps are not the same ones I took in 2010. For I have gone back the drawing board and reformatted my plan to publication.

Goal #1: I will rewrite/edit Dark Heirloom one more time. Yes, I'm going on, like, the 100th edit here, but truth is the MS clearly needs some reworking if it's not garnering any interest at all yet. I'm mature enough to be honest about when my work is lacking. And Ana, don't even start with me, Missy! I know you think DH is perfect, but it's not. And don't you worry, the characters and plot will be very much the same. It's some other key stuff - like the crappy beginning for one thing - that will change.

This first goal is to be accomplished no later than February 1st, and you'll see why in a minute. But first, any one want to volunteer to be a beta reader? Seriously ... I'm going to need you guys because of Goal 2 .....

Goal #2: I will submit Dark Heirloom to the 2011 Amazon Breakthrough Novel Award contest - which must be done no later than February 6th.

Goal #3: Assuming DH makes it to the second round of the contest, I will then take some promotional pointers from C.J. and create a Facebook author page in which I will promote the bejesus out of my MS and beg for votes. Should I win this prestigious contest, I will then have a publishing contract with Penguin. However, I do, of course, realize the huge amount of competition and the very small chances of winning. So I'm not counting on this alone. However, I would be very pleased if DH made into the top 10. I would be very proud and it would be something I could use as an author credential when I eventually get to an other round of query letter writing.

Goal #4: Once the contest is over, and assuming I lose (hey, this a back-up, I'm not being negative, just prepared!) I will then dive into the art of writing short stories. I'll write one every month or so, edit them, and then submit them to publishers. This little side job is also to build up author credit. It's no coincidence that a writer with a few published shorts has an easier time publishing a novel than a writer who's published nothing in the past.

I'm estimating that Goals 1-3 will carry me well into March or April, and Goal 4 will be done through-out the year or however long it takes to get a couple shorts published. Since a lot of this is up in the air - and I certainly have my work cut out for me - I'm going to stop here before I "goal" myself into a plan that's too rigged. Always good to have wiggle room. However, I hope to begin re-submitting DH to publishers sometime in late summer or fall, with the contest and published short stories to back me up. Either way, I'll hopefully have something published by this time next year!

What are your writing goals for 2011? Wishing you all the best of luck in whatever hurdles and successes the new year brings! :)
Posted by J.D. Brown at 8:00 AM